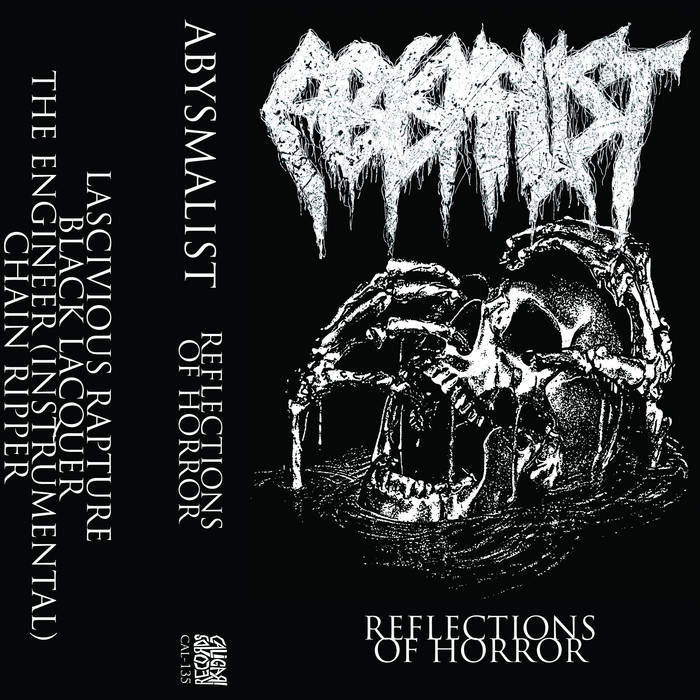 a small collection of orcs

ABYSMALIST was formed by two veterans of the Bay Area scene whose collective experience in various punk, metal, and hardcore bands is prolific, to say the very least: Fred Avila, who's played in Unurnment, Primal Rite, Permanent Ruin, and DeadEyedStare among others; and Jeremy Meier from Cøndition, Sanctum, Primal Rite, Scalped, Yadokai, Ritual Control, Effluxus, etc. They are currently based in Sacramento, California, and Reflections of Horror is their first public recording as ABYSMALIST.

Despite being an essentially "new" band, ABYSMALIST's crushing ruminations are heavily influenced by Bolt Thrower, Obituary, and other "pre-blastbeat" death metal. It's a comfortingly familiar and enduringly classic sound, but done with the conviction of true acolytes. And not for nothing is the demo titled Reflections of Horror: its subject matter and lyrics are inspired by the writings of Clive Barker, Patrick Süskind, and "romantic" horror/fabulism in general, with its four component songs - "Lascivious Rapture," "Black Lacquer," "The Engineer," and "Chain Ripper" - as unsettlingly titled as the next, with haunting touches of clean guitar ocassionally applied to heighten that supernatural atmosphere.