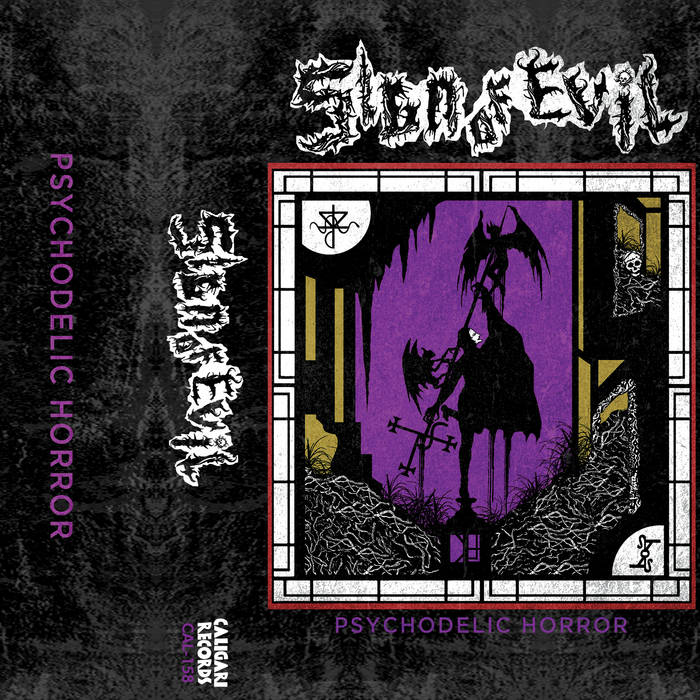 We're All Going To Die

The solo work of Camilo Pierattini AKA Witchfucker, who's more known from the cult-metal institutions Invocation Spells and Dekapited, Sign of Evil are a wild 'n' wasted beast all their own. Blitzed to the nines, the aptly titled Psychodelic Horror indeed bears some semblance of classic South American madness, but with the delirium-inducing, chorus-drenched leads flying fast and free across these six swift-as-fuck songs, Sign of Evil are truly reaching into rarefied territory. One could semi-accurately call it black speed metal, but with elements of early GISM, strange Eastern Bloc metal from the '80s, and ancient Italian occult rock, the 12 teeth-gnashing minutes of this first recording can only be likened to true PSYCHODELIC HORROR!